Stanley Virgil Kiser, 68, of Chapin, SC, formerly of Orangeburg, SC, passed away at approximately 9:00 p.m. on September 21, 2019, as a result of a tragic boating accident. He was the beloved husband of Shawn Campbell Kiser, and adored father of his three children, Sloan, Morgan, and Pierce. 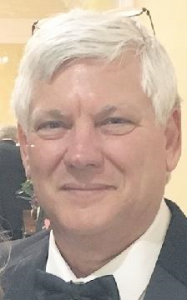 Funeral Services will be held at 12:00 noon, Friday, October 4, 2019, at Dukes-Harley Funeral Home, Orangeburg, SC, with the Rev. Jody Flowers officiating. The family will receive friends an hour before the service at the funeral home. Burial will follow in Bowman Memorial Cemetery, Bowman, SC.

Stan was born in Tampa, Florida, a son of the late John Pierce Kiser and the late Matilda McKay White Kiser. He grew up in Orangeburg, SC. Stan enjoyed playing in creeks,scouting, golfing, and hunting . He earned membership in Boy Scouts of America- The Order of the Arrow. After graduating from Orangeburg High School in 1969, he earned bachelor’s degrees in business, science and a MBA from the University of South Carolina. He was a member of Kappa Alpha Order, Rho chapter of the University of South Carolina and a passionate gamecock fan.

Stan was an accomplished manager and owner of a four-generation family business, Kiser Lumber Company of Bowman, SC, for forty years. He was a member and has served as president of the Southeastern Lumber Manufacturer’s Association, a member of the United Methodist Church in Chapin. SC. and a passionate supporter of several wildlife and forestry conservationist associations, and several dance clubs.

In 1979, Stan met his “sweetheart” and love of his life for 38 years, Shawn Campbell Kiser. They were married in 1981 and became the parents of their three children. Stan will be remembered as a faithful and loving husband, devoted father and loyal friend. Stan embraced every day as an adventure, whether it included fixing big equipment at the mill or sailing , boating, long distance cycling , hunting or traveling as an amateur historian.

Stan will be remembered for his loving and kindhearted soul, his devotion to family and friends, his willingness to help those in need, his talent as a jack of all trades, his commitment to Christianity and his sheer love of life. His joyous laugh was transformative and he never missed an opportunity to dance with his “sweetheart” Shawn.