Randall E. Leyendecker, 66 was called to heaven July 27, 2020 in Laredo, Texas. Randy was the younger of two sons born to Edward and Virginia Leyendecker, Jr. He attended Blessed Sacrament School and continued his education at St. Joseph’s Academy. After graduating from high school, his studies took him to North Texas State University in Denton, followed by Texas A&M University in College Station. 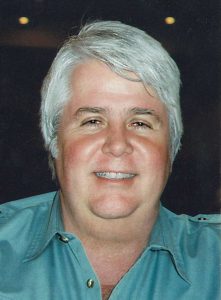 Throughout his teen and adolescent years, Randy, his brother, and a mix of cousins worked alongside the employees of City Lumber Company on Washington St. in downtown Laredo. While learning the basics of the lumber business, Randy was usually at the center of all the fun and mischief that he and his younger relatives would cook up. During his junior high and high school years, Randy made many long-lasting friendships, and took great pride knowing those friends not only kept in touch, but continue to laugh, to tease, and to care for one another as much as they did ­fifty years ago.

In the late ‘70s Randy moved to Corpus Christi, Texas where he worked for CC Brick & Lumber. It didn’t take long before returning to Laredo where he joined Distinctive Designers followed by Big G’s Lumber. The early ‘80s marked the beginning of Leyendecker Lumber, a partnership between Randy, and friend, the late Eduardo E. Barreda, CPA. His cousin, Terry Powell ran the back office helping to insure its success for 35 years. For a short time, Randy became a resident of Monterrey, Mexico while heading up an extension of Leyendecker Lumber called Leyendecker de Mexico.

Back in Laredo, Randy ­finally found and married his soul mate, Mildred “Jeannie” Lee. She was a dedicated wife and assisted him with all his endeavors, and Randy made no secret that he loved each of her children as if they were his. During his struggle with cancer, she insisted on caring for Randy at home and on her own. It was difficult and backbreaking, but Jeannie managed to do an amazing job to the very end.

Randy’s Christian spirit and love of God led him to perform many charitable acts. He wasn’t one to sing his own praises, and most of his unsel­fish efforts went unseen by most, but the short list includes the founding of the Laredo Stepping Stone, a center used to facilitate missionaries going to and from Mexico; his work with Bethany House and with the South Texas Food Bank; numerous and continuous contributions to preachers for their church funds and events; personally delivering daily meals to homeless individuals; preaching and distributing hot food at Jarvis Plaza to anyone hungry, homeless or living in the old folk’s home; preparing and delivering fresh food to the victims of hurricane Harvey in Corpus Christi; Sunday afternoons spreading God’s word to inmates in a small prison outside of Cotulla, Texas, and many other works and deeds, some we aren’t even aware of.

A memorial service will be held at Fred Dickey Funeral & Cremation Services. Date and time have yet to be determined.

In lieu of flowers, we ask that you make a tax deductible donation to:

Your contribution will be used to help support the Laredo Stepping Stone.