Chester Howard Derr, Jr. 78 of Dresher, PA passed away on August 28, 2020 surrounded by his loving family. 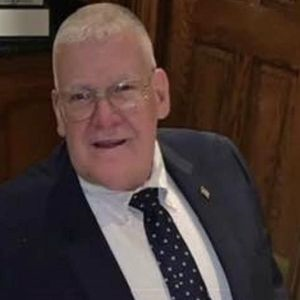 Chester was a proud graduate of Cheltenham High School (class of 60′), and a 1965 graduate of Lycoming College. It was there he met, proposed to, and married the love of his life and soulmate Denny Brown in October of 1964.

After leaving the Ocean City Beach Patrol in October of 1965 he began the career which would define the rest of his life, working alongside his grandfather, father, and uncle. In January of 1994 He was named president of the Derr Flooring Company and after the death of Chet Derr Sr he became President and CEO, the positions he held until his passing. Under his leadership Derr Flooring has grown into one of the largest hard surface distributors in the country

In his younger days Chet was an avid outdoorsman, fisherman and hunter. He was a member of the Reformed Church of Willow Grove where in the early 70’s he served as the church’s youth director. He was also a member of the Upper Dublin Junior Athletic Association and coach of a variety of youth sports. He was member of the Freemasons Jenkintown Lodge. Later in life he enjoyed watching and following his many grandchildren’s youth, high school, and college athletic careers. Chet was a founding member of the Philadelphia Floor Covering association, a member of the USA Rowing Association, and a 1999 Ocean City NJ Beach Patrol (OCBP) Hall of Fame inductee.

Services are private In lieu of flowers a donation may be sent to the charity of your choice in Chet’s name.