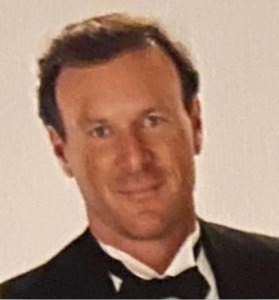 Joe grew up in the San Francisco Bay Area & spent his early childhood years in South San Francisco & Belmont. In 1973 the family moved to Danville, CA, where Joe attended Monte Vista High School & graduated in 1978. After graduation, he attended a junior college for 2 years & transferred to San Diego State University in 1980. He graduated from San Diego State in 1983 with a Bachelor of Science degree in Accounting.

Joe also met his wife, Bo Champion, in 1983. They were introduced by mutual friends who knew Joe from San Diego State & had also gone to high school with Bo in Riverside. Bo & Joe were married in Palm Desert, CA in 1985. They made their home in Riverside & both worked for Champion Lumber Company. Bo retired when their daughter, Taylor, was born in 1990, but Joe continued on & became a Vice-President & CFO of the company. In 2006 Joe & his brother-in-law, Mark Boone, obtained ownership & began their official partnership.

In recent years, Bo & Joe split their time between Riverside & Newport Beach and considered both places home. Joe was a gifted athlete & very competitive. He loved golf & was an exceptional player. He was a member of Victoria Club in Riverside for many years & played there often. He also took annual golf trips to Coeur D’ Lane, Idaho with friends. He enjoyed road biking too & recently rode 72 miles around Lake Tahoe with his riding buddies. He also liked to snow ski, especially in Mammoth, Deer Valley & Park City. He loved living in Southern California and spending time at the beach as well. He was also fearless & started flying the ultra light sport plane 6 years ago & spent many weekends flying from Hawthorne to Newport Beach & back.

Above all, Joe was a family man, a loyal friend & a good person. He spent a lot of time with his kids & was always there to support them at their numerous sporting events & other activities. He loved watching & attending professional sporting events with Colby & Chase, especially the San Francisco 49ers, the San Francisco Giants and the Golden State Warriors games. On the other hand, he was equally happy watching Vampire Diaries and The Bachelor with Taylor & Alex. He loved the annual family Thanksgiving trips to Maui, as well as the family Memorial Day Weekend trips to Cabo San Lucas.

Joe was always there to help when a family member or friend needed him. Joe was very loved & will be missed by many.

May you rest in peace, Joe.