To enhance its focused efforts and purpose around environmental sustainability, global technology and industrial software leader Emerson announced the appointment of its first chief sustainability officer. Mike Train, who has served as president since 2018 and a member of Emerson’s Office of the Chief Executive (“OCE”) since 2016, will step down as president to take on this new and important role for Emerson. Emerson also announced the promotion of Lisa Flavin, who currently serves as vice president and chief compliance officer, to senior vice president and chief compliance officer. Flavin will also join Emerson’s OCE. Emerson Chief Executive Officer Lal Karsanbhai has been named president.

“Empowering more efficient, sustainable operations both internally and for customers has been a longtime priority for Emerson,” Karsanbhai said. “Mike has been a critical member of Emerson’s global leadership team that oversees strategy to advance environmental, social and governance momentum, and formalizing his role in this space is an important step to continue accelerating our vital work.” 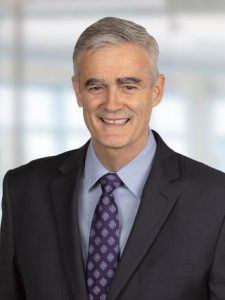 In his new role as senior vice president and chief sustainability officer, Train will lead the company’s environmental sustainability strategy. He will focus on advancing technologies and advocacy to enhance company operations and enable customer improvements through Emerson’s solutions and partnerships. Train has served in key leadership roles over his 30-year Emerson career. He started as an international planner in 1991, before becoming vice president of planning and development for Emerson Asia-Pacific in 1994. He became president of Emerson in Japan and Korea in 1996, and then led the planning group until 2002 as corporate vice president of planning and international. In 2002, Train was named president of Emerson Process Management Asia-Pacific. From 2008 to 2010, Train led Emerson’s Rosemount business. From 2010 to 2016, Train was president of global sales for Emerson Process Management before being tapped to lead Emerson’s Automation Solutions business in 2016. He held this role until 2018, when he was named president.

Train currently serves as chairman of the board of trustees at Ranken Technical College and on Cornell University’s Samuel Curtis Johnson Graduate School of Management Advisory Council. He was a 2008 Eisenhower Fellowship recipient. He holds a bachelor’s degree in electrical engineering from General Motors Institute and a master’s degree in business administration from Cornell University. Train will remain a member of the OCE.

“Our work as a company is increasingly focused on helping our customers navigate environmental and regulatory challenges,” Karsanbhai said. “Mike has decades of experience across industries and a deep personal passion for sustainability. He has been tirelessly driving our work in this space and will be an incredible champion for continued progress.”

“Lisa is a proven leader who has strengthened the culture of our company as an ethical place to work,” Karsanbhai continued. “Her appointment to the OCE reinforces the importance our senior leadership places on the critical areas of compliance and ethical behavior. Lisa combines demonstrated expertise in navigating a complex, global organization with an intrinsic ability to lead teams to success.” 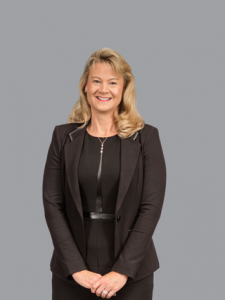 Flavin joined Emerson in 1998 as director of internal audit. She was promoted to auditor general in February 2000, before being appointed vice president of audit in October 2000. She became chief compliance officer in 2011. In this role, she oversees Emerson’s audit, enterprise risk management, government relations and compliance functions and has responsibility to ensure Emerson maintains its disciplined approach to evaluating and improving its systems of internal control, financial reporting and compliance processes.

Flavin serves on the board of directors and is chair of the audit committee of Caleres, Inc. and BJC Healthcare. She is also on the board of directors of the United States Chamber of Commerce, served on the Professional Accounting Advisory Board at Washington University in St. Louis and is on the executive committee of The Conference Board’s Council of Chief Audit Executives. In 2004, she was selected by the U.S. Securities and Exchange Commission to participate on a panel determining the implementation of the Sarbanes-Oxley law. Flavin is active in the St. Louis community, where she serves on the board of advisors of Saint Louis Priory School and the board of directors and executive committee of Boys Hope Girls Hope. Flavin has been previously recognized by the St. Louis Business Journal as one of the “Most Influential Business Women” in St. Louis and a YWCA St. Louis Leader of Distinction. Flavin holds a bachelor’s degree in accounting from the University of Illinois at Champaign-Urbana and is a certified public accountant.