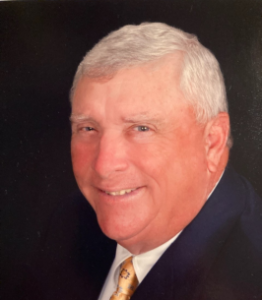 He was the owner and president of Pitts Lumber Co. Inc. in Saluda, Virginia, which was established in 1898 by his grandfather John H. Pitts, Sr. Pitts Lumber Company is one of the only three businesses to withstand one hundred years in Middlesex County, which Jimmie commonly attributed to long-term planning, an open-minded vision, willingness to change and the perseverance of strong family values. The lumber business was his pride and joy because he had the opportunity to work with his grandfather, father, brother, sons, and grandson.

Jimmie is survived by Judy, his love of 57 years, his brother John H. Pitts III (Diana), his sons, James, Jr. (Cynthia) and Robert, his grandchildren, Drew (Jillien), Sydney, and Saylor. He wanted to meet his great-granddaughter, who is due in early August, but will now be her guardian angel. Jimmie was the son of the late Jane and John H. Pitts, Jr.

He was a graduate of Middlesex High School and Smithdeal Massey Business College. Jimmie helped to teach his family the value of community service in a small town. He joined the Middlesex Volunteer Fire Department at age sixteen, and later served as president. In addition, he was a member of Urbanna Masonic Lodge #83 A.F. & A.M. for over fifty years and has served twice as Master. Jimmie was also a coach and past president of the Middlesex County Little League, served on the bank board for the Bank of Middlesex (now Truist) and the First Virginia Bank, and was appointed to serve on the Middlesex County Board of Supervisors where he was then elected to serve four years.

He loved fast cars, motorcycles, and boats, but working in the Nascar community as a team member for #90 Junie Dunlevy will always remain as one of his most treasured experiences. He also spotted for Dick Trickle for ten years. Jimmie was a founding member of the Piankatank River Golf Club and a past Senior Club Champion.

Jimmie believed hard work paid off; he lived within his means, and took care of his family.

Arrangements will be held at 2:00 p.m. Sunday, June 6, 2021 at the Middlesex Memorial Cemetery on Red Hill Drive with a reception immediately following at the Piankatank River Golf Course.

Our family was so grateful and thankful for the loving care given to Jimmie by the Amedisys Hospice team: Christy, Lori, Teresa, Sandy and our special friend Doris.