Elkay Manufacturing, an American-owned and operated manufacturer of plumbing and water delivery products and parent of Elkay Interior Systems (“EIS”), a global interior design and manufacturing company, and Elkay Commercial Systems, a stainless steel commercial kitchen products business, today announced that President and CEO Tim Jahnke, who has led the company since 2007, plans to retire from day-to-day leadership to concentrate on his role on Elkay’s Board of Directors. Ric Phillips has been named by Elkay’s Board to succeed Tim as President and Chief Executive Officer. 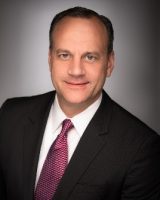 Ric is a seasoned senior executive with deep experience developing strategy, driving execution, negotiating transactions, and positively impacting organizational culture. As President and Chief Executive Officer of Essendant, Inc. (formerly United Stationers, Inc.), Ric rebuilt the company’s overall strategy and oversaw the largest restructuring in its history. He consistently delivered performance at or above the company’s Wall Street guidance, and the company’s share price increased by more than 50% during his tenure. He planned, negotiated, and announced an industry-changing merger with a major competitor and ultimately navigated the company to a successful combination in January 2019.

Prior to joining Essendant in 2013, Ric spent 14 years at McKinsey & Company, a global management consulting firm. He was elected Partner at McKinsey in 2005.

“Our company is family-owned and professionally-managed. We have always strived to find company leaders – whether from within the company or professionals from outside – who are the best people for their leadership roles. For the past twelve years, Tim Jahnke has been a sterling example of a professional leader who has led the company masterfully while consistently exemplifying our values,” stated Ron Katz, Elkay’s Chairman of the Board of Directors. “As Tim steps away from day-to-day leadership and more fully into his position on the Board, it is a pleasure that a leader of Ric’s caliber has agreed to join our company in this key leadership role as President and CEO. I have every confidence in his ability to lead our company forward.”

“We are extremely fortunate to have attracted such a high caliber chief executive with strong credentials and remarkable experience,” said Jahnke. “Ric has a distinguished background in developing and executing high-performance business strategies across a wide variety of business sectors. His unwavering commitment to customer focus, respectful and inspirational leadership style and well-earned reputation for building high-performance teams make it easy to confidently pass the torch as I step more fully into my position on Elkay’s Board. I know that under Ric’s stewardship, Elkay will continue on our path of accelerated growth and exceptional financial performance.”

It is an exciting time to join Elkay, and I feel honored to fill this important role at such a pivotal moment in the company’s history, said Phillips. Elkay is a vibrant, rapidly-growing global enterprise spanning multiple industries that also happens to be turning 100 years old in January 2020. I look forward to celebrating this remarkable milestone and working with the company’s 2,500 employees around the world to continue advancing our ingenuity and innovation and providing world-class service to an ever-expanding set of global customers.”

Family-owned since 1920, Elkay has been making innovative products and delivering exceptional customer care for almost a century. While proud to be America’s No. 1 selling kitchen sink company, Elkay expanded its commercial offerings more than four decades ago, and today delivers faucets, water coolers, drinking fountains, Smartwell Water Delivery Systems, and the award-winning ezH2O bottle filling stations, in addition to world-class stainless steel and quartz sinks. Our Elkay Interior Systems business is a global leader in the design and buildout of branded retail environments for some of the world’s most fast-growing and beloved restaurant and hospitality brands such as Burger King and Dunkin Donuts to name just a few of our internationally-recognized customers. Elkay Commercial Systems provides stainless steel products for commercial kitchens around the globe. Like your family, Elkay has values and traditions that endure – like our commitment to sustainability and giving back to our community. Headquartered in Oak Brook, Illinois, today, Elkay employs over 2,500 employees worldwide, working from 21 locations across the U.S., China, and Mexico. Visit elkay.com.