Robert E. Kelly, Jr., best known as Joe, was born in Prairie City, Oregon on July 12, 1947 to Robert Edward Kelly & Melba Devon Burnside (Kelly). On Sunday, December 1st, Joe passed away peacefully in his home surrounded by his family. Joe lived in Monument and Long Creek, Oregon through the eighth grade when his family moved to Umatilla, Oregon. In 1965, Joe graduated from Umatilla High School and then in 1969 from Blue Mountain Community College with an Associates of Science degree in Accounting & Business. 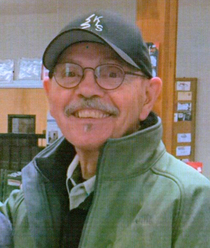 In high school, Joe played football, basketball, and baseball. Joe excelled as a catcher in baseball, his favorite position. Joe hit many triples that would have been home runs in any other park with a fence.

On March 12, 1966, Joe married the love of his life Terri Roberts. Joe and Terri were inseparable for more than 53 years.

Joe loved life itself along with hunting, fishing, camping and running. Joe ran several marathons and always talked of the “runner’s high”. He absolutely loved the outdoors.

Joe is survived by his wife, Terri and two sons, Sean (Heidi) and Jason (Kristi) in which he was so proud of. If you knew Joe, you also knew he couldn’t brag enough about his 4 grandchildren, Jaden Villa, Cetch Kelly, Ronan Kelly and Neela Kelly. Joe is also survived by his sister, Brenda McGirr, two brothers, Patrick Kelly and Matthew (Jean) Kelly and many nieces, nephews and cousins.
Joe was proceeded in death by his parents and grandparents.

Memorial Service will be held on December 12th at 2:30 p.m. at Pendleton Pioneer Chapel, Folsom-Bishop. A celebration of life will be held in June of 2020.

In lieu of flowers, a donation can be made to OHSU Alzheimer’s Research Center of your favorite charity.