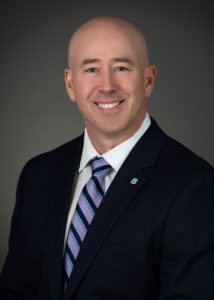 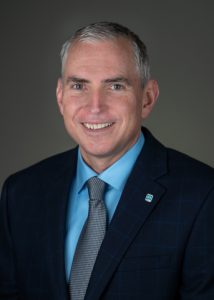 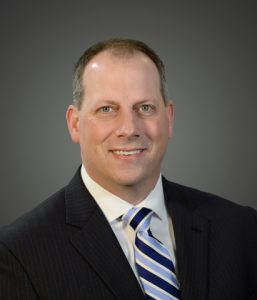 “Gary has been the embodiment of a PPG leader throughout his 38-year career – a true team player who rose to any challenge,” said Michael H. McGarry, PPG chairman and chief executive officer. “His leadership in five businesses has strengthened the organization and allowed PPG to serve customers in new ways. We thank Gary for his many years of tremendous service, and congratulate Chancey, Kevin and Andrew on their key leadership positions. We are pleased to have a talented group of leaders with broad, proven experience, which provides continuity in driving our global business strategies and delivering shareholder value.”

Hagerty began his 24-year PPG career in 1996 at the company’s former chemicals plant in Natrium, West Virginia, and in 1998 assumed a plant-engineering role at the industrial coatings facility in Springdale, Pennsylvania. He moved into sales for industrial coatings in 2001 and since then has held positions of increasing responsibility within both the industrial and automotive original equipment manufacturing (“OEM”) coatings business units. After a successful assignment in Rolle, Switzerland, as general manager, industrial coatings, Europe, Middle East and Africa (“EMEA”), Hagerty returned to the U.S. to his current role in January 2019.

Carroll began his 29-year PPG career in 1991 at the Allison Park, Pennsylvania, facility in research and development. He also served as director of mergers and acquisitions for the automotive refinish business and director of product management for industrial coatings. Previously, Carroll had several commercial and technical roles within the automotive OEM coatings and refinish business units.

Danowski joined PPG in 1982 as a production engineer at PPG’s former Crestline, Ohio, automotive glass fabrication plant, now part of Vitro Automotive Glass. He relocated to Detroit in 1988 as an automotive glass sales engineer and in 1991 was appointed superintendent of engineering at PPG’s former automotive glass plant in Evansville, Indiana. In 1994, he moved to Paris as director, market development, for PPG’s European glass business. He then returned to the U.S. in 1997 as plant manager of PPG’s former Meadville, Pennsylvania, glass manufacturing facility. He was appointed director, new products and services, flat glass, in 2001; director, production, automotive OEM glass, in 2003; and director, global operations, aerospace, in 2007. He was named vice president, performance glazings, in 2009. In 2011, he relocated to PPG’s European headquarters in Rolle, Switzerland, for his role as vice president, automotive refinish, EMEA. In 2017, Danowski became vice president, global automotive OEM coatings, and in July 2018, he assumed his current role as vice president, global automotive refinish.

At PPG (NYSE:PPG), we work every day to develop and deliver the paints, coatings and specialty materials that our customers have trusted for more than 135 years. Through dedication and creativity, we solve our customers’ biggest challenges, collaborating closely to find the right path forward. With headquarters in Pittsburgh, we operate and innovate in more than 70 countries and reported net sales of $15.4 billion in 2018. We serve customers in construction, consumer products, industrial and transportation markets and aftermarkets. To learn more, visit www.ppg.com.