It is NAWLA’s great honor to share that the 2020 Mulrooney Award will be granted to Jim Robbins Sr., former President and Owner of Robbins Lumber, Inc. located in Searsmont, Maine. 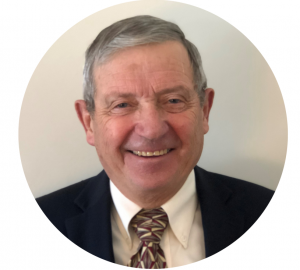 Jim has been with the company full time since 1968, overseeing responsibility for company sales. He has committed over 50 years of service to the industry and lumber community.

Jim held various positions in industry organizations over the years, including but not limited to NAWLA, Northeastern Lumber Manufacturers Association, National Forest Products Association, Northeast Retail Lumber Association, Maine Forest Products Council, Forest Products Group Trust, the American Forestry Council, served on the Executive Committee of the Maine Forest Economy Growth Initiative, the Statewide Wood Energy Assistance Team, the Maine Christmas Tree Association, the Forest Society of Maine, Georges River Land Trust, and more. He was the first manufacturer to be elected to the Board of Directors for NAWLA. Jim continues to be active on committees well into retirement. He was a Scoutmaster for over 21 years, President of the Katahdin Area Council, received the Silver Beaver Award from Boy Scouts of America, served in the Navy as a survival instructor, and is a leader in his local church. Jim is known in the industry for his passionate promotion of the Eastern White Pine, and the forest industry as a whole.

“Over the years, I’ve observed and admired Jim’s work on committees, serving on the NAWLA board, participation at the Traders Market and Leadership Summit each year, and in numerous other capacities. Although I don’t have first-hand experience purchasing from Jim via his ‘real’ job at Robbins Lumber Company, I know well his sterling reputation running and growing his multi-generational family business. His love for his family, his business, his community, his industry, and his state and nation are borne out by literally a lifetime of good works. Jim’s infectious smile and humble personality make it impossible not to like him instantly, and I can’t think of anyone more deserving of receiving the 2020 Mulrooney Award.”

In its 125 year history, the North American Wholesale Lumber Association has seen many great leaders. One of those was John J. Mulrooney, a career lumber wholesaler who later served as NAWLA’s chief executive for nearly 20 years until his untimely death in 1979.

NAWLA established the John J. Mulrooney award to commemorate his life and career, emphasizing his important contributions to the forest products industry. Since his passing, NAWLA has recognized an elite group of individuals who exemplify the qualities Mulrooney embodied: steadfast leadership, strategic thinking, personal integrity, and service to others.