L&W Supply Corporation, one of the nation’s largest distributors of wallboard, steel studs, ceiling systems, and other interior building products, is excited to announce that Walter Reinthaler has accepted the role of District Manager for the new Mountain West District in Utah and Arizona. 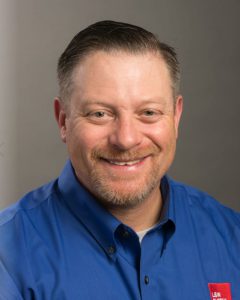 As an associate of L&W Supply for over 15 years, Walter has demonstrated his ability to drive growth across a number of roles throughout his career, including Outside Sales, Sales Manager, Steel Merchandising and Business Manager. Most recently, he spent the last two years as Branch Manager for L&W Supply San Jose, California, helping grow the wallboard and steel categories in a very competitive market while overseeing high-profile projects such as Stanford University’s Escondido Village.

“The entire L&W Supply team in the West could not be happier with Walter’s well-earned promotion,” said Jake Gress, Regional Vice President for L&W Supply’s West Region. “In his new role, he will be able to impact more branches than ever before through his leadership and ability to provide customer service.”

As District Manager of the newly formed Mountain West District, Walter will oversee all L&W Supply branches in Utah and Arizona, including the Phoenix and Salt Lake City metropolitan areas. This includes L&W Supply locations such as Sandy, Midvale, and Ogden, Utah.