Mr. Thomas Walter Poindexter, Sr. unexpectedly passed away Wednesday, June 24, 2020. He was born in Winston-Salem on August 1, 1934, to the late Joseph Roy and Bertha Alexander Poindexter. T.W. or “Took” as he was known to many, graduated from South Fork High School and North Carolina State University. His entire career was in his family business, Poindexter Lumber Company, which his father began, he and his brother, J.R., continued and is operated by T.W., his son, and grandson. 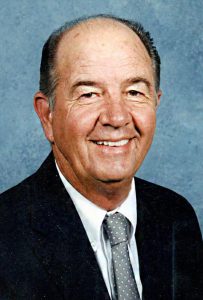 One of T.W.’s accomplishments was being inducted into the North Carolina Sports Hall of Fame for sponsoring a men’s softball team for many years. He enjoyed cheering for the Wolfpack and the Yankees, as well as, playing golf with his buddies. T.W. was a dedicated charter member of West Side Baptist Church, which he helped to build serving the church in many ways.

T.W. was a quiet man of few words, but when you were fortunate enough for him to share his thoughts with you, there was sage advice and sincerity in those words. His love and concern for others was obvious in his words and the way he lived his life.

A private service will be held due to the Covid-19 social guidelines. Plans are to have a celebration of a life well lived at a future date.

In lieu of flowers, contributions may be made to West Side Baptist Church, 595 S. Peace Haven Road, Winston-Salem, NC 27103. Online condolences may be made at www.hayworth-miller.com.