Ace Hardware International Holdings, Ltd., a subsidiary of Ace Hardware Corporation, is pleased to announce the appointment of Macedonio Garza as the Mexico Country Manager to lead Ace International’s initiative to expand into the country of Mexico bringing Ace Hardware’s convenience hardware store model, knowledgeable and helpful service, and quality brands to the growing Mexico market. 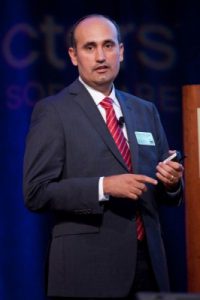 Garza will spearhead this development and be responsible for building the local Ace team, leading overall strategies and directing operational initiatives to expand the Ace franchise system in Mexico. He will oversee distribution, vendor partnerships and develop programs to grow the Ace brand and expansion of independently owned and operated Ace stores throughout Mexico.

“Macedonio has been a leader in the Mexican retail market for over 25 years with a successful track record for starting new enterprises and scaling retail operations. He has an expansive background in retail operations, merchandising, marketing and distribution,” said Jay Heubner, President and General Manager of Ace International. “Macedonio’s experience working in the retail industry, his deep knowledge of all facets of business along with his expertise in the market will help us successfully expand our franchise program in Mexico.”

Garza joins Ace International with a wealth of experience and knowledge in the retail sector and home improvement industry in Mexico. He most recently served as Chief Executive Officer/Managing Director at Farmacias Benavides, a leading chain of pharmacies in Mexico with over 1200 units. Prior to that role, Garza served as the Vice President of Merchandising for Lowes Mexico overseeing Marketing, Supply Chain and IT. Garza spent approximately 16 years at HEB where he held positions of increasing responsibility, and last served as Vice President and General Manager of HEB’s Mi Tienda del Ahorro format.

Ace Hardware is the largest hardware franchise in the world with more than 5,300 locally owned and operated hardware stores in approximately 70 countries. Headquartered in Oak Brook, Ill., Ace and its subsidiaries operate an expansive network of distribution centers in the U.S. and have distribution capabilities in Ningbo, China; Colon, Panama; and Dubai, United Arab Emirates. Since 1924, Ace has become a part of local communities around the world and known as the place with the helpful hardware folks. For more information, visit acehardware.com or newsroom.acehardware.com.