George McRobbie is set to retire from his current role on 7th October 2020 as a director but will continue to support the BSW group as a Non-Executive Advisor. 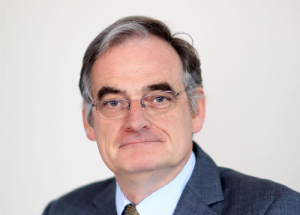 Since stepping down as MD of Tilhill just over 12 months ago after almost 20 years’ service on the board of Tilhill, including eight years spent as the managing director, he has remained a director of BSW to see through the transfer of ownership to Endless LLP and the acquisition of Maelor Forest Nurseries.

Based at the company’s headquarters in Scotland, George’s role at Tilhill saw him successfully lead an award-winning team across a network of offices throughout the UK.

As a non-executive director at Confederation of Forest Industries (“Confor”) UK with seven years in the business to date, George leverages his extensive industry knowledge to influence progress and decision-making aligned to sustainable priorities.

Perhaps foreseeing a future in the forestry world, George’s BSc in Forestry from the University of Aberdeen has led to many relevant and related roles such as holding the position of Forestry Commissioner for both Scotland and Wales.

Tony Hackney CEO at BSW, said: “George’s deep knowledge of the industry has been instrumental for the ongoing success of both Tilhill and the BSW Group more widely. “

“George leaves a great legacy and will be greatly missed come October. He leaves with our very best wishes for his retirement.”

On making the decision to retire, George said: “I have been blessed with a very varied career throughout my 45 years in the forest industries, having been involved in all aspects of forestry throughout Britain at one time or another.

“My only regret is to be retiring at a time of unprecedented opportunity for the forest industries in general and for the BSW Group in particular.”

George will be remaining in the service of the BSW Group as a Non-Executive Advisor.

George’s departure from the business has brought many well wishes and praise from across the organisation and many suppliers and partners too, all wishing him a very happy retirement.