A valued and much respected member of BSW’s senior leadership team for over a decade, Hamish Macleod has taken the decision to retire from his role as director of public affairs for the BSW Group in March 2021. 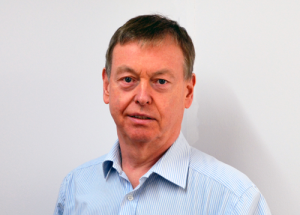 Hamish joined BSW with the acquisition of Howie Forest Products (“HFP”) in 2009 and remained managing director of HFP until 2012, at which point he took up his current role as BSW’s director of public affairs.

Tony Hackney, CEO of BSW, paid tribute to Hamish’s work: “Hamish has tirelessly represented the BSW Group in numerous public, political and governing body arenas, ensuring that the voice of not only of BSW, but of the wider timber industry was heard.”

Hamish began his career in 1978 as a Unilever graduate trainee with Thames Board, now Iggesund. Here commenced his training in papermaking and hands-on forestry operations.

In 1993 Hamish moved to Howie in Dalbeattie; first as General Manager and then as MD, a role which continued under the acquisition of BSW. Hamish’s current role as BSW’s head of public affairs sees him promoting the company’s position as a low-carbon solution-oriented business to politicians, Government and officials, ensuring that the Group continues to lead the way in the timber industry.

Alongside his busy BSW-based commitments, Hamish served six years as non-exec Forestry Commissioner and Chair as part of the Forestry Commission Scotland National Committee. His passion for British forestry and championing of the sector continued with various roles on boards and committees such as the Confederation of British Industry (CBI), Confederation of Forest Industries (Confor), Timber Trade Federation (TTF), Wood for Good, UK Forest Products Association (FPA) and also as President of the UK Softwood Sawmillers Association.

As a member of the Group Operations Board, Hamish often took a leading role in campaigns to demonstrate the benefits of the use of timber in innovative design and as a sustainable product for use in construction when sourced from well-managed, sustainable UK forests.

With a (BSc) Degree in in Technology/Business Studies from the University of Strathclyde, Hamish always had a keen eye for innovation and driving manufacturing efficiencies. He recently took on Operations Board responsibility for the BSW Group’s Continuous Improvement Programme to help roll out leading manufacturing tools and techniques across the company.

Hamish Macleod said: “After working for Howie and BSW for nearly 28 years I have had a very fulfilling career, which has included not only promoting the company but also the wider industry.

“I have made many friends along the way and seen many changes in the sector, but one underlying factor which has remained is the dependency on people. I have met many characters but, most importantly, it remains an industry which can offer rewarding long-term careers to young people at all levels and from all backgrounds.

Hamish added: “I will not be stepping away entirely, and I will continue my interest by offering any help and guidance I can to BSW and to the forestry and timber community.”

Tony Hackney added: “We are privileged to have Hamish on the Board until next March, and we’re delighted that he’ll be offering his expertise on a part-time basis beyond that.”

Hamish’s retirement marks the end of an era for the BSW Group and fellow leaders and team members across BSW wish Hamish a very happy and well-deserved retirement.