On September 25, 2020, surrounded by loved ones, Daniel Franklin Carey passed away peacefully in his home at age 78. 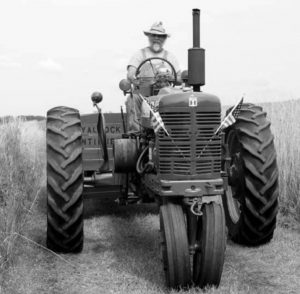 Daniel was born June 7, 1942, in Williamsport, to Charles D. and Helen (Klepper) Carey. He graduated from Montoursville High School in 1960. He then attended Alfred State College of Technology where he earned a degree in Agronomy Science.

In June 1962, Daniel married his beloved wife, Carol Elizabeth Mitchell and was employed by Richard’s Dairy in Skaneateles N.Y. They had two children, Kimberlee Jo and Matthew Daniel.

From early childhood, Daniel had a true passion for agriculture. While he enjoyed helping on the family Christmas Tree farm, he enthusiastically assisted neighboring farm families. Despite his rough exterior, Daniel had a tender love of animals. For his children, he’d pull tiny rabbits from his shirt pockets, and nurture abandoned baby groundhogs, ducks, kittens, and stray dogs. The fortunate critters found a place in his home and in his heart.

Skilled in horsemanship, Daniel enjoyed trail riding and rodeos. He had a reputation for breaking the most difficult of horses. He served as President for the Skaneateles Rough Riders, and he and his wife Carol competed in numerous rodeo and horse show events. Years later Daniel was the announcer for rodeos held at The Williamsport Riding Club.

In 1965, Daniel was offered the position of Mule Master for the Grand Canyon National Park. Once his small family settled in the canyon village, he worked as a blacksmith, farrier, and trail guide. His most memorable experience was when he and other park employees were ordered to guard the entrance into the canyon. Armed with only baseball bats and pipe wrenches, they prevailed. They halted the notorious West Coast Bikers from entering.

Due to the tragic and untimely death of his wife Carol, in 1968 he and his children returned to PA, where he resumed farming. Later Daniel married longtime family friend, Donna B. Hooker. Together with their five children, Bill, Beth, Kim, Andy and Matt, they raised 200 acres of field crops along with beef cattle, horses and pigs.

To supplement the family income, Daniel worked part-time at a local sawmill owned by Orville Evans where he learned to harvest timber and operate a head saw for lumber and pallet manufacturing. Later, he was joined by his son, Matthew; together they formed D.F. Carey & Son, Lumber & Pallets. After 44 years, the business is operating as Palcon LLC.

Daniel was born 100 years too late. Because of his love for steam engines and vintage farming equipment, in 1987 Daniel and Max Swisher, along with a small group of local farmers founded the Loyalsock Valley Antique Machinery Association (LVAMA). Its primary purpose was to preserve agricultural heritage by demonstrating methods and machinery from the past. For 33 years the LVAMA has provided non-modified tractor pulls, lumber-jack events, hit and miss engine displays as well as music, food, antique vendors, flea markets, train rides for children, and the much-anticipated tractor parade. The three-day event attracts thousands of attendees from surrounding states as well as PA.

Daniel was a life-time member of the Nittany Valley Antique Machinery Association and National Rife Association; he was also a contributor for the preservation of the East Broad Top Railroad Foundation, located in Rock Hill, Fulton County, PA.

Daniel was preceded in death by his parents and sister, Mary Jane Albaugh, of Washington State.

A Celebration of Life will be held on October 17, at Caleb Creek Road, Cogan Station, starting at 12:30 p.m.

In lieu of flowers, contributions in Daniel’s Memory may be made to LVAMA, c/o Bill MacInnis, President, PO Box 391, Montoursville, PA 17754.

Arrangements are being handled by Spitler Funeral Home, Montoursville.