Professional Builders Supply, LLC (“PBS”), announced that it has hired Gene Tomczak in the role of Chief Financial Officer. Gene brings over 20 years of valuable experience in a variety of roles including CFO, Vice President of Human Resources and Plant Manager. Gene spent the majority of his career with LORD Corporation, a global, diversified, innovative, technology and manufacturing company that developed adhesives, coatings, motion management devices, and sensing technologies for the aerospace, automotive and oil and gas industries. LORD was sold to Parker- Hannifin Corporation in 2019. 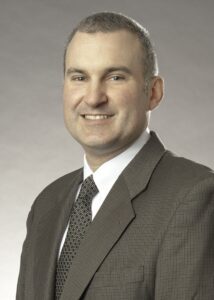 After joining LORD in 1999 in an Internal Audit function, Gene took on various roles with increasing responsibility, which led to his assignment as Senior Manager, Asia Finance located in Hong Kong. Gene returned to the U.S. as Director, Finance. He later transitioned from Finance to Operations, serving as Plant Manager at LORD’s Bowling Green, KY., facility, and was later appointed Vice President, Human Resources at LORD’s global headquarters in Cary, N.C. Gene culminated his experience at LORD by serving as Chief Financial Officer.

Gene earned a Bachelor of Science in Accounting from Gannon University in Erie, Pa. He resides in Apex, N.C., with his wife Laura and two children, Reagan and Tripp. Gene enjoys spending time outdoors his family and running in road races.

Gene takes over the CFO role from Steve Lochbaum who has been instrumental in the growth and success of PBS. Steve will continue to be a key part of the PBS Executive Team serving in a Special Projects role through December of 2021 when he plans to retire.