Mark Dippel, Stud Sales Manager at Seneca, will be retiring in December 2020 after 27 years. 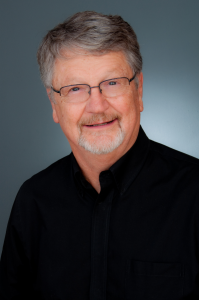 Dippel made a shift in his lumber career when he was hired by Seneca in August of 1994, after more than a decade of lumber wholesaling. He was well-established as a stand-out in his field when he joined the Seneca sales team. In December of that same year, Aaron Jones, owner of Seneca, completely revised Seneca’s sales philosophy and restructured the sales team, assigning Dippel as the sales manager for studs, and Terri Adair the sales manager for dimensional lumber.

At that time, the industry-standard sales methodology was to sell “into a file” meaning salespeople would take orders and then have the mill fill those orders. Seneca’s owner conceptualized a “just-in-time” sales philosophy where Seneca would mill lumber based on industry demand and sell it once the inventory was in the stockyard. Dippel made up half of the two-person sales management team tasked with completely reworking the way lumber was sold and educating customers on how to buy lumber from Seneca with the new methodology.

In remembering the discussion when Jones described the new sales philosophy, Dippel smiled, noting that Jones finished the explanation by saying “OK, I’ll talk to you in six months.”

It was a monumental task, but Jones believed in his team and let them know he was giving them the support and latitude to figure it out.

“It didn’t take us quite that long.” Dippel remembers, “Luckily, Terri and I didn’t have the ego to work against each other, but we were committed to do our best work together for Seneca.”

He went on to explain that they started out by building inventory and figuring out how to track every unit of lumber individually; they didn’t let it sit in stock. They sought out good, accurate, timely market information, and priced the lumber accordingly. After six months they had cemented 25 or 30 big accounts that loved the just-in-time sales model. They built trusted relationships, speaking with them daily, as well as maintaining many smaller accounts. “We created a stocking distribution model at the mill level, and it worked beautifully.”

At the end of the first year, Jones called both sales managers into his office and said “I want you to source every mom and pop lumberyard that plays a big role in their community and tell them we want to partner with them.” Jones understood the mindset of business owners who prioritized the communities they lived in, and he wanted to partner with them to both support them, and be supported by them. Dippel fondly recalls, “Those people liked and trusted us because we were everyday people just like them.”

The effort to establish relationships with mom and pop lumberyards paid off and almost doubled Seneca’s account base. It took them from having around 150 customers, to almost 300 customers. “It became a lot easier to sell lumber,” Dippel noted. He went on to explain that it helped maintain pricing because they had so many customers calling for specific tallies. “The mom and pops were happy because we were selling them exactly what they wanted.”

Dippel reminisced, “There were so many people who appreciated us for what we did, and we appreciated them. The sales model was built on relationships. We grew our businesses together, and that emphasis was personally very rewarding for me.”

Seneca’s huge pivot in sales philosophy was more than a quarter of a century ago, and Dippel is proud to have been a part of that important piece of Seneca history, maintaining and refining it over the years. He is also proud to have worked at Seneca all these years, because of what it stands for—quality and integrity. “I got to hitch my little wagon to the back of the train, and I’ve loved every minute of it.”

When asked about retirement, Dippel says, “I hope it is like summertime when I was a kid and doing anything is possible!” After a career spent in management, with a leadership style rooted in character, forged by market experience, and communicated by example, Dippel’s coworkers’ hope he gets the retirement he deserves.

Seneca started as a small sawmill operation founded by Aaron Jones in 1953. Today, owners Becky Jones, Kathy Jones-McCann and Jody Jones continue the legacy of leadership and innovation in the wood products industry, overseeing a family of companies consisting of: Seneca Sawmill Company with some of the most innovative sawmills in the world, Seneca Jones Timber Company with 170,000 acres of sustainably managed timberlands, and Seneca Sustainable Energy which has the cleanest running biomass plant in America, creating enough sustainable energy to power 13,000 homes. Sustainability is a core value of the multi-generational family business and is woven throughout all of the Seneca companies.