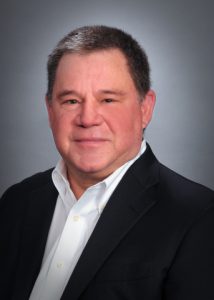 A veteran company and industry leader, Mr. Stokes joined Boise Cascade in 1979 after earning a bachelor’s degree in both management and marketing from the University of Utah. He held positions of increasing responsibility, including all areas of branch operations and sales, before being promoted to vice president of BMD operations in 2001, to senior vice president in 2011, and to executive vice president in 2014.

“Nick has been a key leader in the strategic growth of BMD,” said Tom Carlile, board chair. “Over the last three years, the division has added five new distribution centers to our nationwide network of 38 branches, as well as expanded the door shop business to nine millwork locations.”

Mr. Strom will assume his new responsibilities effective March 12, 2021. He joined Boise Cascade in 2006 in a sales position and became a branch manager in Milton, FL. He currently serves as vice president & general manager of BMD’s Eastern Region, based in Boise, ID. Mr. Strom has nearly 30 years of industry experience. He holds a bachelor’s degree in management from the Georgia Institute of Technology.

“I extend my sincere appreciation to Nick for his four decades of service and wish him the very best in his well-deserved retirement. I also offer a hearty congratulations to Jeff on his new role and responsibilities,” said Nate Jorgensen, Boise Cascade CEO. “We have been intentionally planning for this succession. The continuity of leadership enables us to continue to live our values and successfully serve our Customers, Suppliers and Shareholders into the future.”

Boise Cascade Company is one of the largest producers of engineered wood products and plywood in North America and a leading U.S. wholesale distributor of building products. For more information, please visit our website at www.bc.com.