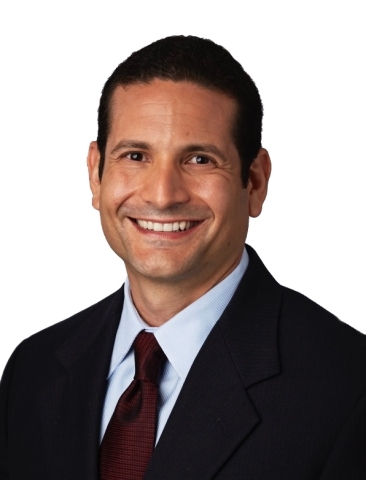 In his new executive leadership role, Orbegoso is responsible for a business that generates approximately $2 billion in annual revenue and is supported by more than 7,000 employees across Canada, Mexico and the United States. He will report directly to Allegion Chairman, President and CEO David D. Petratis.

“The Allegion family is both honored and excited to add Luis to our executive team,” Petratis said. “Luis brings a wealth of diverse leadership experiences spanning multiple industries, geographies and cultures and has a track record of guiding teams through transformation, with a focus on operational and customer excellence. He possesses a deep understanding of smart-home security, cloud technology, consumer access solutions, as well as commercial and institutional safety, which support our strategic priorities.”

Orbegoso served as president and chief operating officer of American Residential Services (“ARS”) from 2017 to 2020, where he was responsible for all day-to-day operations across the United States and approximately 6,700 employees. During his tenure there, Orbegoso’s accomplishments included standardizing field processes of the company’s more than 70 branches; developing a new and highly effective channel for lead generation in the smart-home market; and driving significant improvements that led to margin expansion, among other things.

Prior to that, Orbegoso served as president of ADT Business at ADT Corporation – currently ADT Inc. (“ADT”) – where he oversaw the growth strategy of its security and automation segment serving small and mid-sized business owners. At ADT, Orbegoso established a standalone division within the company, introduced innovative new products and services and optimized distribution channels.

Orbegoso’s security industry experience further extends to his earlier role as president of the global detection and alarm businesses at UTC Climate, Controls & Security, a subsidiary of United Technologies Corporation (“UTC”) at the time, as well as his role as president of Lenel Systems International, Inc., a division of UTC’s fire and security segment. Orbegoso’s career additionally includes 13 years with General Electric in a variety of sales, marketing and general management roles, culminating in his post as chief marketing officer of GE Equipment Services.

“This opportunity to help drive growth at Allegion – a well-known and trusted innovator in the security industry – is exciting,” Orbegoso said. “It’s clear that the company and the Americas business is in a fantastic position to deliver seamless access with powerful brands and key business relationships. I’m inspired by the people and the vision.”

Orbegoso earned an executive M.B.A. from Northwestern University’s Kellogg School of Management and a bachelor’s degree in mechanical engineering from the University of Cincinnati. He additionally holds the Six Sigma Master Black Belt process improvement certification.

“Luis is very well-rounded, with experiences and leadership commitments that align to Allegion values and our vision of seamless access and a safer world,” Petratis added. “I look forward to his contributions to our Allegion Americas business and our leadership team.”

Allegion (NYSE: ALLE) is a global pioneer in seamless access, with leading brands like CISA®, Interflex®, LCN®, Schlage®, SimonsVoss® and Von Duprin®. Focusing on security around the door and adjacent areas, Allegion secures people and assets with a range of solutions for homes, businesses, schools and institutions. Allegion had $2.9 billion in revenue in 2019 and sells products in almost 130 countries.