National Lumber, announces the retirement of Michael McDole, Senior Vice President of Sales, effective March 31, 2021, after nearly 20 years with the company. McDole joined National Lumber in 2001 as Sales Manager responsible for the territory of southern Massachusetts and Rhode Island. He was promoted to VP of Sales in 2007, responsible for outside sales eastern and southern coast region. 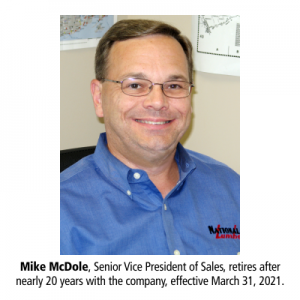 McDole was a driving force behind National’s expansion into Rhode Island, with the 2010 opening of the location in Warwick. McDole lives in Narragansett, Rhode Island and has been in the building materials business since 1983. He initially worked for 84 Lumber, and then moved to JT’s Lumber in RI where he worked his way up to Vice President/General Manager. He left JT’s in 2000 to start up the Building Supply Channel, Inc. with industry veteran, Greg Brooks. National Lumber uses BSCi Pro as part of their very extensive employee training.

Continuing a tradition of promoting from within the company, National Lumber has proudly announced the promotion of Dean Wagar to Senior Vice President of Sales, overseeing all aspects of sales for the company; and David Pelletier to Executive Vice President, with oversight of overall operations of the company as well as the inside sales support team. Both will report directly to company President Manny Pina. 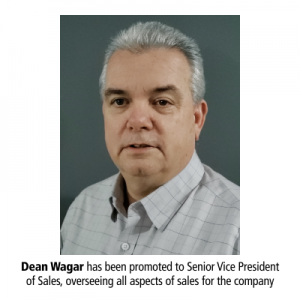 Dean Wagar joined National Lumber in 2001 as Sales Manager and for the past 15 years he has held the position of Vice President of Sales responsible for the north territory. His focus has been to build a knowledgeable sales force with a team concept that focuses on the many building solutions the National Lumber Family of Companies offers to its customers. Wagar began his career in the building materials supply industry in 1986 as a manager trainee at Grossman’s, learning the business from the ground up, becoming a store manager in 1990, and going on to manage several locations throughout the Northeast. He then became General Manager for an independent lumberyard in Vermont; and moved to Illinois when he joined Wickes Lumber in 1998 as General Manager. 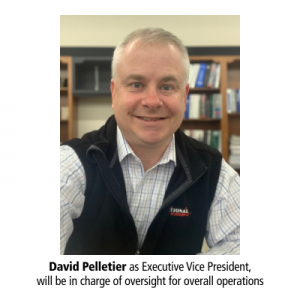 David Pelletier started with National Lumber as the Vice President of the Installed Sales and Drywall Divisions after the company acquired his operation, Pelletier’s Building Supply, in 2009. Over the first few years, Pelletier also developed sales in the North Central Region of Massachusetts and managed their Gardner and Berlin locations. In 2015, his role expanded as he was promoted to Vice President of Operations overseeing the operations of all lumberyard locations in Massachusetts and Rhode Island. In 2018, Pelletier was promoted to Senior Vice President of Operations and spearheaded the company’s ERP conversion to BisTrack™ in the same year.