Donald Charles Hasson, age 70, of Knoxville, Tennessee, passed away with family by his side due to health issues complicated by COVID-19, on February 15, 2021. 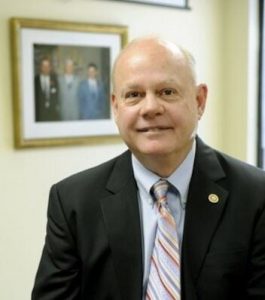 Don was born in Knoxville on November 3, 1950 to James K. and Elaine B. Hasson. After graduating from the University of Tennessee—Knoxville in 1972, he began work for House-Hasson Hardware Company, a wholesale hardware business founded in 1906 by his grandfather, Charles S. Hasson. After serving in multiple roles in the Company, Don became president in 1986, and he has led the Company since that time through major expansions throughout the Eastern United States and the Caribbean. As an indication of the respect Don earned in the wholesale hardware business, he served in years past as the president of the Southern Wholesale Hardware Association, the National Hardware Association, and the International Hardware Distributors Association, and he had just concluded a term as chairman of the board of Distribution America.

A natural athlete, Don loved golfing, waterskiing, and racquetball, spending many fine days on the Cherokee Country Club golf course or others around the country with his wife and friends, as well as time on Ft. Loudon Lake on a slalom ski behind his boat, and hours on the racquetball courts at the Downtown YMCA. Don was also a gifted musician, enjoying playing both the piano and electric organ, usually blues music. He supported Sequoyah Hills Presbyterian Church as well as the one in which he grew up, First Baptist Church of Knoxville. He also was active in Rotary, the board of the YMCA, the University of Tennessee Chancellor’s Associates and numerous other community causes. Through all of these activities, Don made many friends appreciative of his exuberance and personal attention. Although Don enjoyed all of these interests and activities, his principal loves were for God, his wife, his children and grandchildren.

Because of the current pandemic, a small memorial service will be held for his immediate family in the coming days, with hopes for a larger celebration of his life later this year after the pandemic subsides. Instead of flowers, his family has requested contributions in Don’s memory to Knox Area Rescue Ministries (KARM), P.O. Box 3310, Knoxville, TN 37927.