Walter Lee Richardson was born March 3, 1935 in Monticello, Kentucky and departed this life peacefully on February 22, 2021 reaching the age of 85. 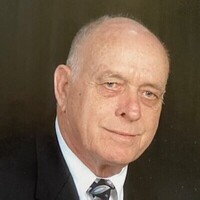 Walter served his country proudly in the U.S. Army for 2 years earning the rank of Staff Sergeant while stationed at Ft. Hood, Texas. After leaving the military, he spent years traveling as a lumber grader before becoming a partner in the family sawmill business with Robert, Arlie and Bill Richardson in the early 1960s. Wayne Lumber Company was formed in 1967, incorporated in May 1969 and expanded in 1978 by opening a second location. Walter and Virginia became the sole owners in 1982. In 1988, Walter and Wallace Murray opened W&W Hardwoods, Inc. and subsequently established Wayne Dry Kilns, Inc. in 1990. Walter and Virginia also entered into a partnership with Cumberland Woodlands in the late 1990s and later sold their interest to Wayne Lumber Co., Inc.

During his many years in business, he was a well-known and respected leader in the lumber industry. He was a longtime member of the Kentucky Forest Industries Association where he also served as President from 1981-1983 and remained an active member throughout the years. He also served as a member of the Daniel Boone Advisory Group in 1980-1989. He was one of the Founding Members of the Forest Industries Workers Compensation Fund in Kentucky and served on the Board of Trustees from 1993-2003. He was a member of the Appalachian Hardwood Manufacturers Inc, and a Trustee from 1990-1996. He was also a member of the National Hardwood Lumber Association since 1974. Walter served as a Business Development Board Member for First Southern National Bank.

Walter was an avid reader, opera enthusiast and enjoyed his early morning round table conversations with friends at various local diners throughout the years. He also mastered the game of golf after much practice and loved golfing at Monticello Country Club as well as traveling to golf courses throughout Kentucky and surrounding states. He will be missed by family, friends and all who knew him. His kindness, good humor and intellectual curiosity will be especially missed by his daughter and grandchildren, on whom he left a lasting impact.

The family would like to thank Mary Wary for her many years of continued care, friendship and loyalty. They would also like to thank the staff and caregivers at Hospice of Lake Cumberland for their loving care throughout his illness.

Funeral services will be held this Thursday at the First Baptist Church in Monticello at 2 pm with visitation beginning at 12:30 pm. Burial will be in the family plot at Elk Spring Cemetery at a later date.

In lieu of flowers, the family respectfully requests donations be made to Hospice of Lake Cumberland or to the charity of your choice.

Due to the current COVID-19 situation and upon recommendations from the Governor’s Office for Funeral Homes, there will be some restrictions for service attendance. You are asked to please wear a mask or facial covering and observe the social distancing guidelines. No communal food or drinks are allowed at this time.