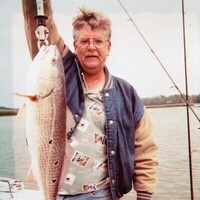 James “Jim” W. McIntee of Haines City, Florida passed away on Thursday, March 11, 2021, surrounded by his loving family, at his residence.

He was born on Thursday, June 9, 1949 Waterloo, Iowa to William and Gloria Weimer McIntee. While living in Iowa Jim worked with his father’s family-owned business, Craft Built Homes and met and married the Love of his life, Sharon Jensen, in 1970. They moved to Haines City from Iowa in 1984, when Jim and several of his siblings bought Standard Truss in Haines City. As well as running the truss company with his family, he and Sharon bought Chippewa Resort in Minnesota and operated it for 10 years spending his time in both locations. Jim was born and raised in the Catholic faith, and was an avid outdoorsman, with a love for hunting and fishing.

A gathering of family and friends will be Thursday, March 18, 2021 from 9:00 am until the celebration of life service at 10:00 am at Oak Ridge Funeral Care, Haines City. In lieu of flowers memorials may be made to Cornerstone Hospice.