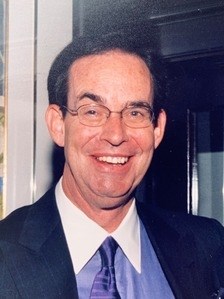 Mr. Hord began his career at Eskimo Pie Corporation, a subsidiary of Reynolds Aluminum Company, in 1967 as a junior accountant. At age 30, Mr. Hord was hand picked by his mentor, Mr. Louis Reynolds to assume the role of President and Chief Operating Officer.

In 1987, Mr. Hord moved to Raleigh, N.C. to become Chief Executive Officer of Stock Building Supply (nee Carolina Builders). Under his stewardship, Stock Building Supply – known for most of Mr. Hord’s tenure as Carolina Holdings – made a series of strategic acquisitions, evolving into a nationwide supplier of building materials with 350 locations and $5.3 billion in sales when he retired in 2007. His 20 years at Stock were a true passion for him and he always cared deeply, not only about its many business successes, but also about its people themselves.

Mr. Hord proudly served on the board of directors for several businesses and organizations throughout his career including Wolseley PLC, Cornerstone Building Alliance, Reeds Jewelers, Trinity Episcopal School, Investors Management Corporation and the Jian Group.

He enjoyed spending time traveling with friends and family, was a lifelong music lover and an avid golfer and founding member of Eagle Point Golf Club in Wilmington, N.C.

A memorial service following COVID guidelines to celebrate his life will be held at Brown-Wynne Funeral Home in Raleigh (1701 East Millbrook Rd.) this Monday, March 15, 2021 at 1 p.m., with a burial service to follow at Hollywood Cemetery in Richmond (412 South Cherry St.) on March 16, 2021 at 1 p.m.

In lieu of flowers, the family asks for memorial contributions be made to the Hord Research Fund at MCV Foundation, in support of the F. Norton Hord Jr., noting on the check’s memo line that the gift is in memory of Fenton N. Hord Sr. and mailed to VCU Gift & Records, Box 843042, Richmond, Va. 23284-3042

Condolences for the family may be shared at BrownWynneEastMillbrook.com