Boise Cascade Company (“Boise Cascade”) announced the transition of its Chief Financial Officer (“CFO”) and Treasurer position. Wayne Rancourt has communicated his intent to retire effective May 14, 2021. Our Board of Directors has promoted Kelly Hibbs (current VP, Controller) to SVP, CFO and Treasurer, effective upon Wayne’s retirement. 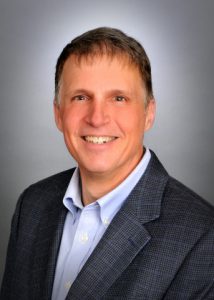 Mr. Rancourt joined the Company in 1983 and has served as its CFO and Treasurer since 2009. He has been an instrumental part of the business model changes, including the expansion of its engineered wood products manufacturing and nationwide distribution network in the late 1990s to Boise Cascade’s IPO launch in 2013.

Mr. Hibbs joined the organization in 1996 and was promoted to his current officer position in 2011. He is a CPA and received a bachelor’s degree in accounting from Boise State University.

“Wayne is an accomplished leader in the industry and the investor community,” said Tom Carlile, board chair. “He leaves a legacy of building a solid financial foundation for our Company’s future endeavors, as well as delivering strong returns for our shareholders.”

“Wayne is a compassionate leader and a fantastic relationship-builder within our Company and the local community. I want to thank him for his contributions and years of service. He is a valued colleague and we all wish him the very best in retirement and the next chapter of his adventures and community impact,” said Nate Jorgensen, CEO.

“Kelly has a strong business acumen and knowledge of financial reporting and corporate governance,” Jorgensen continued. “We have been intentionally planning for this succession and I expect a smooth transition.”

Boise Cascade Company is one of the largest producers of engineered wood products and plywood in North America and a leading U.S. wholesale distributor of building products. For more information, please visit our website at www.bc.com.