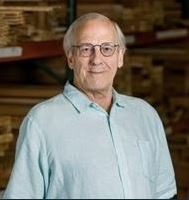 Bill spent his entire professional career in the building industry. He had many professional relationships, but more importantly, made many long lasting friendships. He started as a carpenter’s helper in 1973 and launched his own carpentry contracting business, McNees Construction, in 1975. He designed and built several custom homes in the late 80’s. Bill joined Congleton Lumber Company in 2002 in a sales position and was extremely proud and grateful to end his professional career as President of Congleton Lumber Company.

Bill was a devout family man and enjoyed every moment he spent with his wife, children and grandchildren. Most notably making many years of memories on Herrington Lake. He was the embodiment of selflessness. Always aiming to leave a positive impression on anyone he met. He was active in Southland Christian Church and a man of great faith. His hobbies included fishing, watching soccer, being an avid UK fan, craft beer collecting, volunteering, gardening, and birdwatching.

Bill made a tremendous impact on his family, in his industry, and in the central Kentucky community. He will be greatly missed and his memory forever cherished.
John 14:1-4 NLT

“Don’t let your hearts be troubled. Trust in God, and trust also in me. There is more than enough room in my Father’s home. If this were not so, would I have told you that I am going to prepare a place for you? When everything is ready, I will come and get you, so that you will always be with me where I am. And you know the way to where I am going.”