Funeral services for Randall L. (Randy) Skinner, age 76, will be held 2:00 pm, May 3, 2021 at Cornerstone Fellowship in Tahlequah, Oklahoma. Pastors Allen Nolan and Bobby Musgrove will officiate. Internment will follow services at Tahlequah City Cemetery. The family will hold a formal visitation at Green Country Funeral Home from 2:00 pm to 4:00 pm on Sunday May 2, 2021. Services have been entrusted to Green Country Funeral Home of Tahlequah. 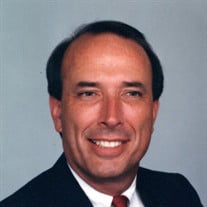 Randall Lloyd (Randy) Skinner was born in Okemah, Oklahoma on September 30, 1944, the son of Ira E. Skinner and Pauline (Shepard) Skinner. At age twelve he moved to Tulsa, Oklahoma where he graduated from Will Rogers High School in 1962. Randy graduated from Tulsa University in 1971 with a Bachelor’s degree in Business Administration. He was employed by American Airlines as a computer programmer for fifteen years before moving to Tahlequah in 1981 to manage and become President of Tahlequah Lumber, Pryor Lumber, and Wagoner Lumber.

Randy’s list of professional, service, and volunteer organizations include coaching his son’s baseball teams and serving on the Little League Board. He served as President of the Tahlequah High School Kick Off Club, Greenwood Elementary PTO, was a 2015 Northeastern State University Centurion and a lifetime member of the Northeastern Alumni Association. Randy served on the Board of the Northeastern Health System Foundation and President of the Kiwanis Club, Oklahoma Equipment Rental Association, and the Oklahoma Lumberman’s Assocation. He also served on the National Board of Directors of the Do It Best Corporation. While a member of the First Christian Church (Disciples of Christ) he served as Deacon, Elder, and Chairman of the Board. Randy has been a member of Cornerstone Fellowship for twenty years.

In 1977, Randy married Patty Faye Cunningham in Tahlequah, Oklahoma and they enjoyed forty four wonderful years before his passing. He loved to travel with his family and watching the smiles and excitement of his children and grandchildren with each new adventure. He enjoyed attending all of the activities and events of his children, grandchildren, niece, and nephew.

He felt blessed to have Mike and Lisa living in Tahlequah and working with them and their spouses in the family business and all attending the same church. Randy passed from this life on April 28, 2021, after reaching the age of 76 years. He was preceded in death by his parents, his sister Mary Zinn, and his brother Don Skinner.