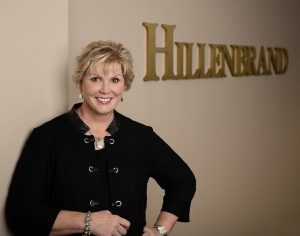 “On behalf of the Board of Directors, the management team, and Hillenbrand’s 11,000 employees, we want to thank Joe for his leadership and impact over his more than two decades with the organization,” said Joe Loughrey, Hillenbrand Chairperson. “A steadfast and strategic leader, Joe has guided Hillenbrand since 2013. During his tenure, he played a significant role in transforming the Company from a $600 million death care business in North America to the approximately $2.5 billion global diversified industrial company it is today. In addition, Joe has been instrumental in the evolution of the Hillenbrand Operating Model and the Company’s inorganic growth strategy, including the transformative acquisitions of Coperion and Milacron. The Board is sincerely grateful to Joe for his dedication to Hillenbrand and wishes him nothing but the best in this next chapter.”

Ryan’s selection is the culmination of a robust, multi-year leadership development and succession planning process led by the Board with the help of an independent external management consultant.

“With an experienced leadership team guided by the Hillenbrand Operating Model, a focused portfolio and a strong balance sheet, Hillenbrand is poised for success through this transition,” added Loughrey. “For the past six years, Kim has led Coperion, and with her deep experience and strong track record of global leadership and execution, she is the right choice to lead Hillenbrand through its next phase of continued growth and shareholder value creation.”

Ryan joined the Batesville Casket Company in 1989 and in her 33 years with Hillenbrand, has held many senior roles, including President of Batesville. Since 2015, she has been President of Coperion, Hillenbrand’s largest business, where she built a strong management team and drove excellent results – achieving 30% revenue growth to approximately $1 billion in 2020 and over 500 basis points of improved EBITDA margin – while establishing Coperion as a clear global industry leader.

“It has been an honor to serve as CEO of Hillenbrand during this period of transformation and growth, and I want to offer my sincere thanks to our employees whose hard work and dedication have allowed us to achieve so much,” said Raver. “I also want to thank our customers, communities, colleagues, shareholders, and the Board of Directors for their ongoing support. I have worked with Kim for many years and am confident she will be an excellent leader for Hillenbrand. I look forward to working closely together for the balance of the year to ensure a smooth transition.”

The CEO transition begins June 2, 2021. Effective immediately, Ryan will have responsibility for the Company’s businesses, including Mold-Masters, Milacron Injection Molding & Extrusion, Coperion, and Batesville. The leaders of these businesses will report directly to Ryan, and she will lead the development and execution of their strategies and business plans to drive profitable growth. The other members of the Company’s Executive Management Team will continue to report to Raver during the transition. As EVP, Ryan moves out of her role as President of Coperion. Ulrich Bartel, President of Coperion’s Polymer Division, has been named Coperion President and joins the Hillenbrand Executive Management Team, effective immediately.

“I want to thank Joe Raver for his distinguished leadership at Hillenbrand and also the Board for its confidence in me as I step into this role,” said Ryan. “I am honored and excited to have the opportunity to work with our talented leadership team and employees around the world to advance Hillenbrand’s profitable growth strategy.”

Hillenbrand (www.Hillenbrand.com) is a global diversified industrial company with businesses that serve a wide variety of industries around the world. We pursue profitable growth and robust cash generation to drive increased value for our shareholders. Hillenbrand’s portfolio includes industrial businesses such as Coperion, Milacron Injection Molding & Extrusion, and Mold-Masters, in addition to Batesville, a recognized leader in the death care industry in North America. Hillenbrand is publicly traded on the NYSE under “HI.”

Hillenbrand (www.Hillenbrand.com) is a global diversified industrial company with businesses that serve a wide variety of industries around the world. We pursue profitable growth and robust cash generation to drive increased value for our shareholders. Hillenbrand’s portfolio includes industrial businesses such as Coperion, Milacron Injection Molding & Extrusion, and Mold-Masters, in addition to Batesville, a recognized leader in the death care industry in North America. Hillenbrand is publicly traded on the NYSE under “HI.”