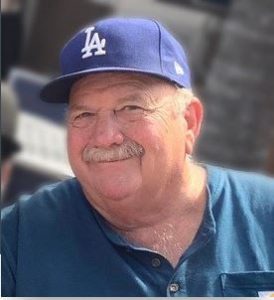 He died peacefully surrounded by his family. Rob was born on May 6, 1952, to Clinton and Caroline (Parker) Haring in Oakland, CA. The youngest of three, the sweet, freckled scrapper was a fixture at the baseball field and a junior Casanova with the schoolgirls at lunch, trading desserts for cheek pecks. Despite multiple childhood blows to the head (allegedly accidental) via baseball bat and golf club from his dear brother Tom, Rob remained with faculties intact and sharp as ever for the entirety of his life and would go on to complete daily Los Angeles Times’ crossword puzzles as an adult, and was even found reviewing job takeoffs and approvals in his hospital bed just days before his passing.

After graduating from Loara High School in Anaheim in 1970, he briefly attended California State University, Fullerton, before moving on to travel and work in the forestry service with his buddies. Rob met the love of his life and best friend, Jeanette (Scharping) Haring in 1978 and they wed January 31, 1980. Together they would build a life and family comprising of daughter Amy and sons Aaron and Andrew, and many, many dogs.

Rob worked a short stint with management trajectory at Thrifty grocers. But in an effort to give his family the life he felt they deserved, he went into business with his brother, Tom Haring, and father, Clint Haring, at Laminated Forest Products, a private construction materials brokerage business that would support each of their respective families indefinitely vacations, cars, braces and all. Later in life he’d find his true calling and favorite job as “Papa.”

Family meant everything to Rob, and he was never bashful about expressing as much. He was the greatest husband, father and papa. Fact. He selflessly and wholly invested his time and heart into his family, whether it was cheering from the little league dugout (or yelling at umpires), improvising a silly quarter-can dance on the soccer field sideline, or just digging deep after a long workday and commute to play with his rambunctious kids, who attacked him as soon as he walked through the door. He built a house full of love and laughs, and often silly movies, Mel Brooks and Mark & Brian quotes, loud music and impromptu dance parties. Whether it was lassoing his kids’ limbs with the self-devised game “cow” or serving as “toe-truck” dispatcher, he made life fun. He made life better.

He made us all better. Rob was a dedicated and loving dad. A romantic at heart, yet self-proclaimed alpha silverback by trade, he taught his sons how to be gentlemen and the value of chivalry, and he taught his daughter’s suitors how to soil their pants when “sniffin’ around.” He was puffed and intimidating when he wanted to be, but as gentle as they come. He was their hero, and they adored (and respected) him, and he was always their biggest cheerleader. Rob had a presence in any room or setting. He was easily recognized for his big head, big hands, big laugh and even bigger hugs and personality. All of these were dwarfed by his heart. The only thing the man ever hated were steel beams (he sold wood) and maybe the San Francisco Giants (lifelong Dodger fan). Friends meant the world to him. He could diffuse, disarm or befriend anyone, and win the heart of any dog that crossed his path. In fact, there are an estimated 4,362 people that honestly believe they were his best friend (only Jeanette can legitimately claim said title). He was always up for a good time and was always the life of the party at campsites, ball games, concerts, fishing trips, family gatherings or simple Friday “pizza nights.” His touchdown dances and exaggerated umpire calls were legendary. He was notorious for making people feel loved and welcome. He made everyone laugh, including the hospital staff right up until the very end. Rob took fashion cues from no one. His signature every day look was all his: a plain pocketed Carhartt T-shirt and a pair of signature “dad style” white New Balances that were always paired with one of his many Dodger hats in varying degrees of wear and cleanliness. He’d probably also be wearing sunglasses if he hadn’t left them at one of his kids’ houses. A rare steak, a cold beer and a well-manicured lawn made him a happy camper. He was most at home with his dog and in front of a Weber and spending daily “date nights” with his wife on the patio swing watching the sunset, or toasting late night hotdog snacks on a campfire with his grandkids.

Sadly, he lost his fight against cancer. And fight he absolutely did. Not for himself, but for his family. For his wife, his kids, and his grandchildren. He never once complained and he went down swinging or, as Rob/Dad/Papa would say, “you should see the other guy.” He is survived by his wife Jeanette, son Aaron and his wife Carrie, daughter Amy (Bubs) and her husband Chad, son Andrew (Scooter) and his wife Katie; grandchildren Brandon (B-Dawg), Dylan (Dyl), Everett (Ev), Nathan (Nate), Natalie (Nat), Molly (Mollster), Quinn (Quinny Bear), Clinton Jr (Chipper), Goldie (Go-Go) and Jane (Janey Bug); sister Cathy and her husband Jim and children Rachel and Jill; brother Tom and his wife Vickie and children Matt and Steve (Stevie). He was their rock and leader and will be terribly missed. They’ll be lost for a bit without him but will do their best to power through as he would have insisted. They still can’t stop hearing the sound of his laugh nor want to stop. If you knew him and remember him, he made your life a little better. You’re probably a better person because of him. Celebrate him.

Donations may be made in his name to The Leukemia And Lymphoma Society. A Go Fund Me page has been set up under “Papa Rob.” It is the family’s intention to benefit others that are battling this disease just as Rob did. He’d like that.

Oh yeah, and he was in a band. Most people didn’t know that. Pretty cool, right?