Sikh Pioneer Dr. Asa Singh Johal passed away peacefully on Monday, July 5, 2021 at the age of 98. 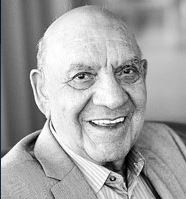 Asa was born in India and migrated to Vancouver where he lived for the entirety of his life. At the age of 14, he started working in a sawmill and built a legacy as chairman of Terminal Forest Products, BC’s largest private sawmill operator. He took pride in the creation of the India Cultural Centre of Canada and served as Founder and Chairman.

Among the numerous accomplishments in his full life are an honorary law degree from UBC (1991), Order of BC and Order of Canada (1991). As an active philanthropist, he has given generously to BC Children’s Hospital, UBC, Nargis Dutt Foundation, International Punjab Society, among countless others. In his compassionate nature, he could never turn down a worthy cause.

He was a devoted family man and enjoyed his leisure time traveling with loved ones. He is survived by his wife of 72 years Kashmir, son Darcy and wife Manjit, daughter Geven and husband Avtar, 5 grandchildren and 8 great-grandchildren. To all, he was endearingly called “Babaji” – we shall miss him and honour him in our memory every day.

Private Service. We invite all to attend prayer service (Akhand Path) at India Cultural Centre, Gurdwara Nanak Niwas (8500 No. 5 Road, Richmond, BC) starting Friday, July 9th at 5 p.m. through Sunday at 5 p.m. In lieu of flowers, please donate to BC Children’s Hospital.

For an extended profile in the Indo-Canadian Voice honoring Asa’s life, click here.