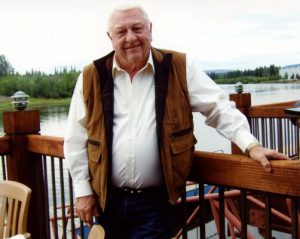 Leo married Nancy Hudgins on Friday, March 28, 1958 at Huntsville United Methodist Church; they enjoyed 63 years of living and working together at the lumber yards and on the farm. Leo started in the lumber business in 1958 at Kelley Brothers Lumber in Springdale, then Hillcrest Lumber in Rogers and Fayetteville. At the time of his death, he was president of Pine Creek Lumber in Hindsville and Anderson Lumber in Siloam Springs. He and Nancy got to enjoy the last 39 years on their Angus cattle farm in Clifty. Together, they were parents to two sons.