“Sharon has been an exceptional business partner and mentor throughout her 34 years of service,” said International Paper Chairman and Chief Executive Officer Mark S. Sutton. “I appreciate all her accomplishments and contributions and wish her health and happiness in the years ahead.”

Ryan joined the Company in 1988 and was elected Senior Vice President, General Counsel and Corporate Secretary in 2011. She previously served in a variety of legal roles, including as Chief Ethics and Compliance Officer. She has been honored for her many contributions in the community, most recently for establishing the IP Signature Pro Bono Initiative, which advocates for equal justice for people who lack access and resources. 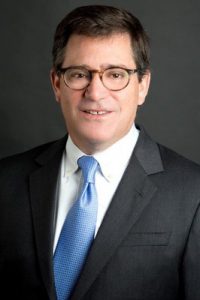 Joseph R. Saab has been elected Senior Vice President, General Counsel and Corporate Secretary effective July 1, 2022. After working several years as an environmental lawyer, Saab joined the Company in 2001 as legal counsel for Environment, Health and Safety. Since then, he has served in a number of roles in the legal department, including chief counsel, Global Governance and Compliance, and general counsel, Papers the Americas. In 2014, he was named Associate General Counsel for Industrial Packaging and Latin America and his responsibilities were expanded to include EMEA and Russia in 2018. In 2019, he was appointed Vice President, Deputy General Counsel and Assistant Corporate Secretary and his recent responsibilities have included Enterprise Corporate Law and Operational Excellence, as well as overseeing support for and advising the Board of Directors.

“Throughout his time with IP, Joe has proven himself to be an effective and capable leader,” stated Sutton. “I have every confidence that he will provide the legal expertise and leadership we need as he takes on this new role and joins our senior lead team.”

International Paper (NYSE: IP) is a leading global supplier of renewable fiber-based products. We produce corrugated packaging products that protect and promote goods, and enable worldwide commerce, and pulp for diapers, tissue and other personal care products that promote health and wellness. Headquartered in Memphis, Tenn., we employ approximately 38,000 colleagues globally. We serve customers worldwide, with manufacturing operations in North America, Latin America, North Africa and Europe. Net sales for 2021 were $19.4 billion. Additional information can be found by visiting InternationalPaper.com.